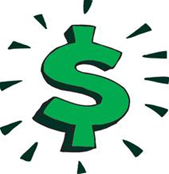 Medicare costs rising! Obamacare not working! The headlines keep us in a constant state of worry about medical expenses. But at least there is some help out there for most of us.What was it like before all these insurance programs existed — not only for the patients but for the doctors as well?

In a musty, hard-bound ledger more than a century old, I found a glimpse of life before medical insurance and credit cards. My great-grandfather, Harry G. Blaine, was a small-town physician in northwest Ohio from the 1880s to 1930. Using information from his ledger, I was able to compute these figures: Over five months in 1908, he collected a total of $657 in cash from his office practice. The rest of the charges — a total of $1,426 — were billed to the patients, with the understanding that the amounts would be paid in the future. But it’s doubtful that all of them were because over that same five months, only $967 was collected from old debts.

With no credit cards and no easy access to cash, his patients no doubt did the best they could. One person signed promissory notes to pay an $800 bill in installments over  a period of eight years. Others paid their debts with assets, like the beautiful Waterbury Pinwheel Regulator wall clock that is still in our family, or a small farm in Michigan that wasn’t sold until after Dr. Blaine’s death. Other patients simply fell short of their obligations.

Except in large cities where there were wealthy clients, the average medical doctor in the early 20th century worked long, hard hours for only minimal gain.

A bookmark I ran across in a dusty library box says it all:

God and the Doctor / We alike adore,

Just on the brink of danger, / Not before.

The danger past, / Both are requited:

God is forgotten / And the Doctor slighted.

A Church for Starving Artists

Chasing Wonder through Stories of Faith, Hope, and Love

Relating to Books by Giselle Roeder

Where you never know what you're going read.

a proofreading service for self-publishers

Squirrels in the Doohickey

...and other profound observations of the absurd

Hard at work (hardly working?) at The Salt Mine

a proofreading service for self-publishers

The latest news on WordPress.com and the WordPress community.

The Random, Uncensored Musings and Writings of Eliza Winkler

Inside, Outside and from Within!

The Art and Craft of Blogging